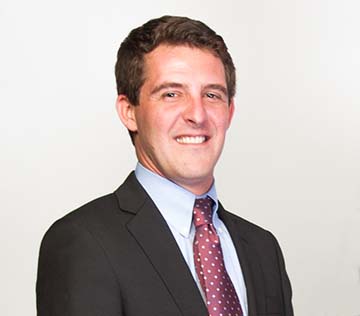 Roy’s father is a trial lawyer, but he never really appreciated his father’s work until he was fourteen years old. That winter, Roy was seriously injured as a passenger in a motor vehicle accident. He was hospitalized and underwent a one-level posterior cervical fusion with instrumentation for a dislocated vertebra in his neck. According to the surgeon, he missed being rendered quadriplegic by a couple of millimeters. It was a frightening and painful experience. Roy’s father handled the legal aspects of his claim, and through his work, Roy learned firsthand the valuable service that trial lawyers provide for victims in society. Not only did his father help him, he saw how his father’s actions improved our community. His accident occurred on a dangerous, unmarked hairpin curve, which had been the site of several prior accidents. Through his father’s efforts, the State erected signs to warn other drivers of the approaching dangerous curve. To Roy’s knowledge, no wrecks have occurred in that area since the warning signs were erected. Roy knew then that he wanted to be a lawyer, so he could devote his life to helping others – just as he had been helped.

Roy grew up in Anderson; however, he left in the tenth grade to attend high school at The McCallie School in Chattanooga, Tennessee. The academic environment was challenging and competitive. Today, he looks back on his experiences at McCallie with great pride. McCallie’s motto is “honor, truth and duty”. Roy believes that adherence to those principles, which were ingrained in him at an early age, will help him be successful in life and as a lawyer.

After graduation, Roy attended Elon University. Roy chose Elon because he believed that he would be better served academically and socially at a small school. He wanted to build relationships with his professors and classmates. However, the values Roy gained during his four years at Elon far exceeded his initial expectations. The university encourages student leadership and gives numerous opportunities for students to pinpoint their individual talents and use them successfully. Roy joined Kappa Alpha Order and became involved in Greek life. During his sophomore year, the student body at Elon selected him to be “Greek Man of the Year”. Roy held various leadership positions within the fraternity, including community service chairman and treasurer. Through these opportunities, he created sincere relationships in the university community and realized the value of strong social skills in attaining his professional goals in law.

After graduation from Elon, Roy entered the master’s degree program in education at Anderson University and ultimately obtained a Masters of Education in 2008. While pursuing the master’s degree, he also worked full time as a legal assistant at the law firm. Aside from the practical experience, the trial lawyers at the firm instilled in him some ideology necessary to succeed in law: (1) The most persuasive arguments often occur when the lawyer creatively thinks “outside of the box” so that he can distinguish his case from the norm, and (2) attention to detail is imperative if a lawyer hopes to be successful, because it only takes one mistake for the lawyer to lose the trust of his client or his credibility before a jury. Roy intends to incorporate these principles into all aspects of his life, and he believes they will help him to be a successful lawyer.

After obtaining the master’s degree, Roy entered law school at Thomas M. Cooley School of Law in Lansing, Michigan. Law school was very challenging. He focused his legal education on litigation and was fortunate to excel in Moot Court and mock trial competitions. Roy graduated from law school in 2011 and returned home to Anderson.

Roy’s first job as a lawyer was working as a law clerk for The Honorable R. Lawton McIntosh, 10th Judicial Circuit Court Judge. His experience with Judge McIntosh was priceless. He traveled throughout South Carolina with Judge McIntosh and had the opportunity to observe many jury and non-jury trials and hearings – both criminal and civil. This experience taught him how to become a better advocate for his clients and how to adequately prepare cases for litigation.

In addition to practicing law, it is one of Roy’s goals to give back to his community. He was recently elected to the Board of Directors of Anderson Heritage whose mission is “to preserve the historical and architectural interest in the community.” He is also a lifelong member of St. John’s United Methodist Church.

As an attorney at the Trammell & Mills Law Firm, LLC, Roy hopes to help those that are hurt on the job and involved in serious personal injury cases. 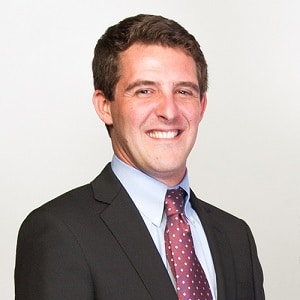